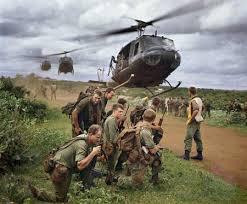 Terry O’Farrell is a former deputy commander of the Australian Special Air Service Regiment where he gained invaluable experience in counter insurgency warfare through combat deployments to South Vietnam, the Sinai, East Timor and Afghanistan.  On leaving the Australian Army in November 2004 he took up an advisory position with the United Arab Emirates special operations command where he was promoted to Brigadier General.  In that role he directed operations in Afghanistan and Iraq and in-country where he realigned the national counter terrorist force, SOP and supporting plans.

He was also a member of the Abu Dhabi Counter Terrorist committee and a trusted advisor and mentor to selected members of the royal family.  In 2011 he resigned his commission to take up a senior training position with the UAE State Security Department (an organisation combining the functions of ASIS and ASIO) where he developed and implemented a bespoke training program designed to select Emirati men and women for advanced training as intelligence officers. In parallel he continued to advise the commander special forces on operations in Libya, Syria and Yemen.

He is a rugby tragic and the author of Behind Enemy Lines.